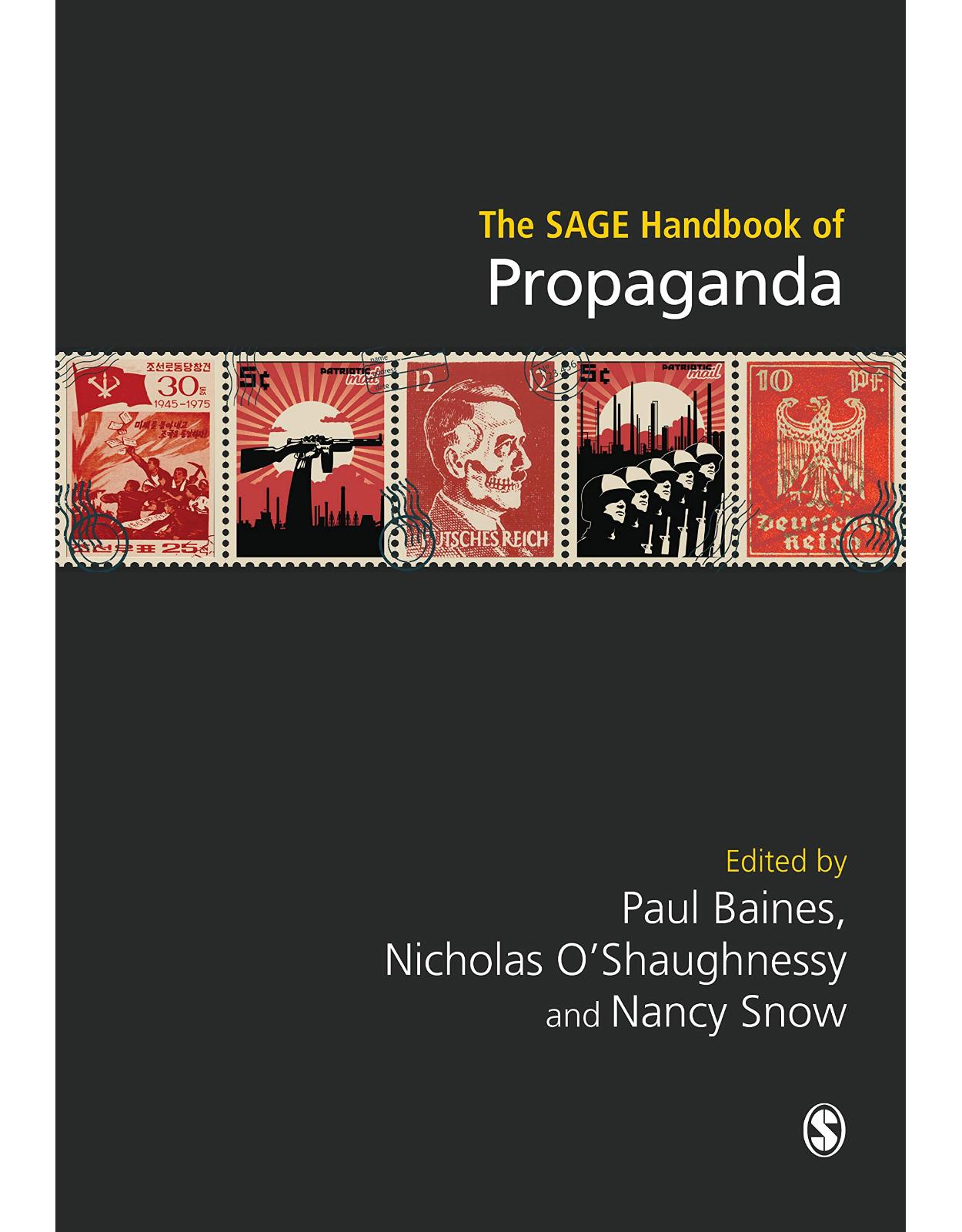 The SAGE Handbook of Propaganda

The SAGE Handbook of Propaganda unpacks the ever-present and exciting topic of propaganda to explain how it invades the human psyche, in what ways it does so, and in what contexts. As a beguiling tool of political persuasion in times of war, peace, and uncertainty, propaganda incites people to take, often violent, action, consciously or unconsciously. This pervasive influence is particularly prevalent in world politics and international relations today. In this interdisciplinary Handbook, the editors have gathered together a group of world-class scholars from Europe, America, Asia, and the Middle East, to discuss leadership propaganda, war propaganda, propaganda for peace marketing, propaganda as a psychological tool, terror-enhanced propaganda, and the contemporary topics of internet-mediated propaganda. Unlike previous publications on the subject, this book brings to the forefront current manifestations and processes of propaganda such as Islamist, and Far Right propaganda, from interdisciplinary perspectives. In its four parts, the Handbook offers researchers and academics of propaganda studies, peace and conflict studies, media and communication studies, political science and governance marketing, as well as intelligence and law enforcement communities, a comprehensive overview of the tools and context of the development and evolution of propaganda from the twentieth century to the present: Part One: Concepts, Precepts and Techniques in Propaganda Research Part Two: Methodological Approaches in Propaganda Research Part Three: Tools and Techniques in Counter-Propaganda Research Part Four: Propaganda in Context

Part I Concepts, Precepts and Techniques in Propaganda Research

1. Propaganda of the Deed and Its Anarchist Origins

2. Atrocity Propaganda in Australia and Great Britain During the First World War

4. From Disinformation to Fake News: Forwards into the Past

5.Post-Truth and the Changing Information Environment

6.The Audience is the Amplifier: Participatory Propaganda

7.Computational Propaganda and the Rise of the Fake Audience

11.Content Analysis and the Examination of Digital Propaganda on Social Media

14.Towards the Measurement of Islamist Propaganda Effectiveness: A Marketing Perspective

16.Atrocities, Investigations and Propaganda: Lessons from World War I

20.Measuring the Unmeasurable: Evaluating the Effectiveness of US Strategic Counterterrorism Communications

21. Countering the Fear in Propaganda

22.Peace Marketing as Counter Propaganda? Towards a Methodology

23. Propaganda and Information Operations in Southeast Asia: Constructing Colonialism and Its Antithesis, Statehood and Peaceful Ambiguity

24. The Construction of the Chinese Dream

25. Darkness and Light: Media, Propaganda, and Politics in Japan

26. Syria: Propaganda as a Tool in the Arsenal of Information Warfare

27. Cold War Propaganda in Civil War Greece, 1946–1949: From State of Emergency to Normalization

28. Propaganda and Populist Communication in Bolivia, Ecuador and Venezuela

30. Trumpaganda1: The War on Facts, Press, and Democracy

34. The Evolution of Terrorist Propaganda in Cyberspace